No, we are not talking insects in this one.

It’s just that in a place like this, the climate is very much different from a humid place like Kolkata, where I was just a few months back. Here it is dry, open. The humidity does not leech your energy through the day. It is a kind of weather I prefer over the squalid kind back in WB. In fact I prefer it very strongly.

Not that WB does not have this kind anywhere inside her. She does. Where I grew up, Purulia, it was this exact same kind of thing there. The same kind of air, the same kind of soil, the same hue of green in the vegetation. And the same brilliant blue in the sky.

Where The Sky Is Blue. It’s the name of a book I had read when I was in class 9. It was by one of the ex-students of my school, where he recounted his days as a schoolboy. Beautiful book, it was. The name of the book stuck with me.

The blueness of Purulia’s sky was famous among us in our pop talks. Over the hot, hard brown earth of borderline Chhotonagpur, the sky stretched in a vast expanse, its blueness shining bright like white-hot gold. I loved that our uniform shirts were the exact same shade of blue. It was like we were skyborn… though walking here on earth.

Today I found the same blueness here. And against it stood a tall tree. 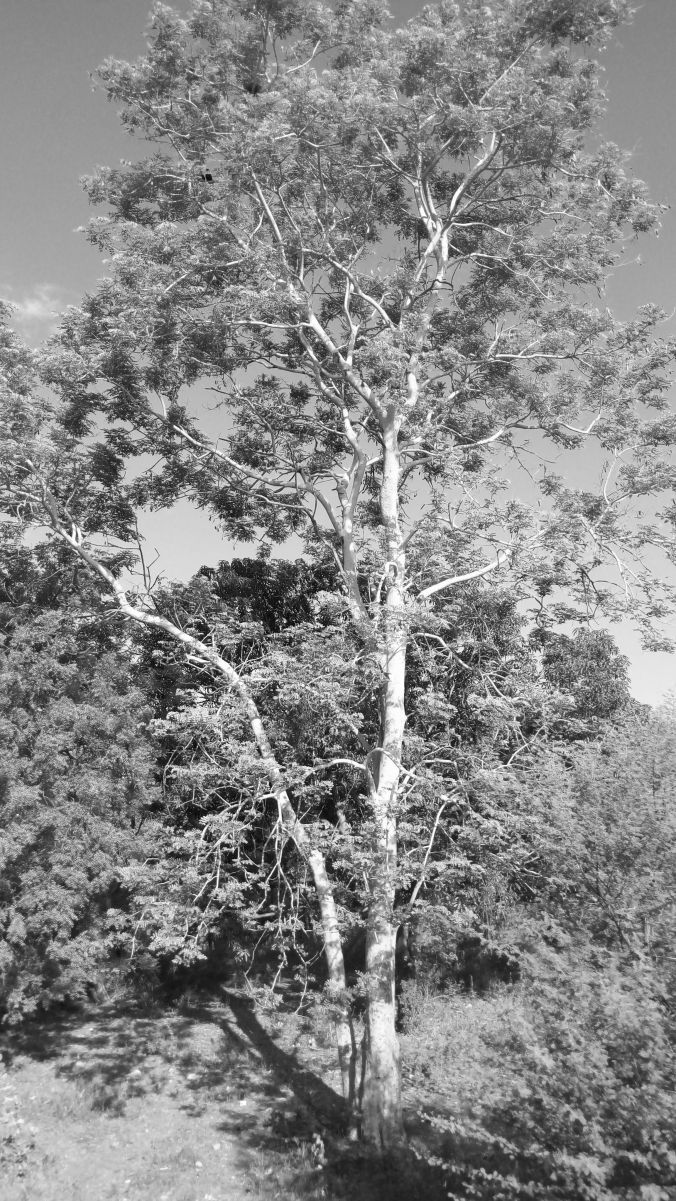 I could take this photo only because I was not standing on the same ground this tree was standing on. I was on a bridge which was at the tree’s waist-level. Chest-level, maybe.

In the wind and with that blue sky behind it, this tree was looking like a prince. 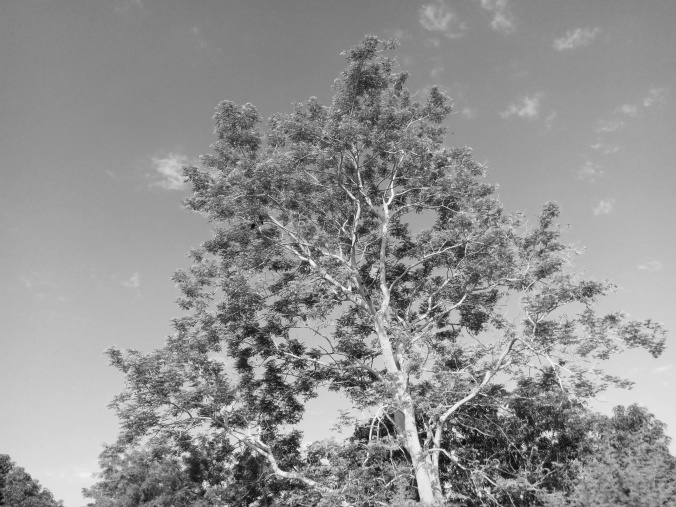 The scene begged to be photographed. I normally dislike photographing all the good things that we come along on our way – I feel like in the process of attempting to record and hold what is fleeting, it ruins the savoring of the moment. But, I was in a hurry now, walking to a place where I tutor a kid in some subjects, and so I was not in a position to ‘stand and stare’. So, – less guilt.

After clicking a couple of photos, I noticed a couple sitting on a branch up in the tree. 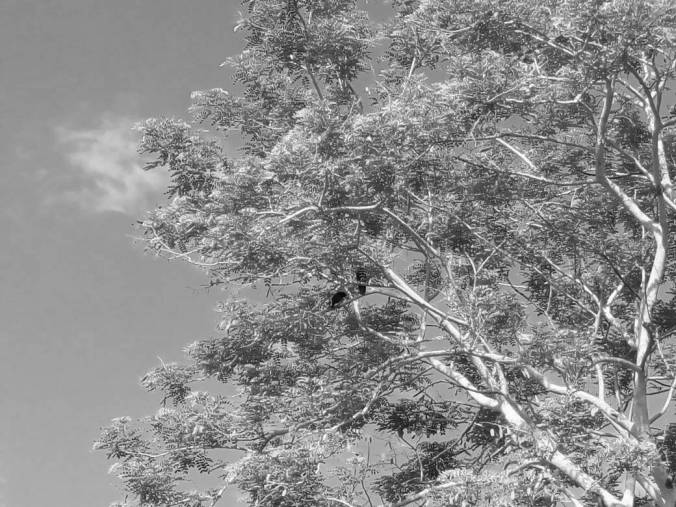 Birds, yes. Big, black. But remember when I said I don’t stalk birds that much because I don’t have any binoculars? – This is why I cannot tell you what birds they were. Either cuckoos. Or ravens. Which I cannot say.

I took one last parting shot. Then I put my phone back in my pocket, and started to walk. 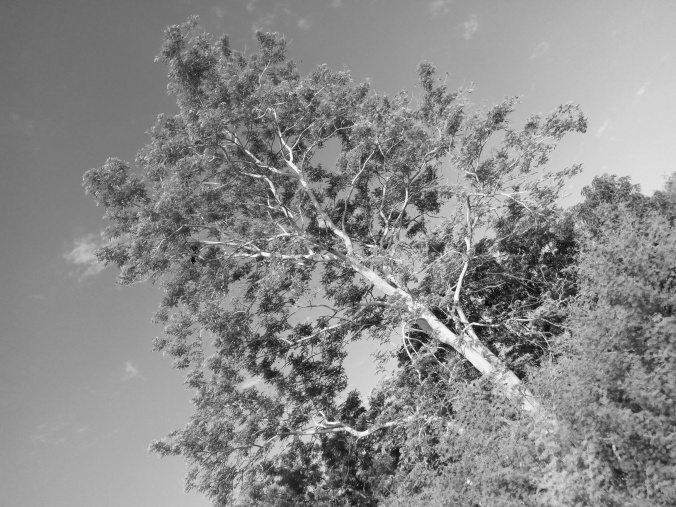 This is Major Tom to Ground Control...

I'm stepping through the door